Tonight
Cloudy, with a low around 40. North northwest wind 11 to 17 mph, with gusts as high as 24 mph.
Monday
Cloudy, then gradually becoming mostly sunny, with a high near 56. North northwest wind 6 to 10 mph becoming northeast in the afternoon.
Monday Night
Mostly clear, with a low around 40. East southeast wind 5 to 9 mph.
Weather forecast provided by weather.gov.
Search 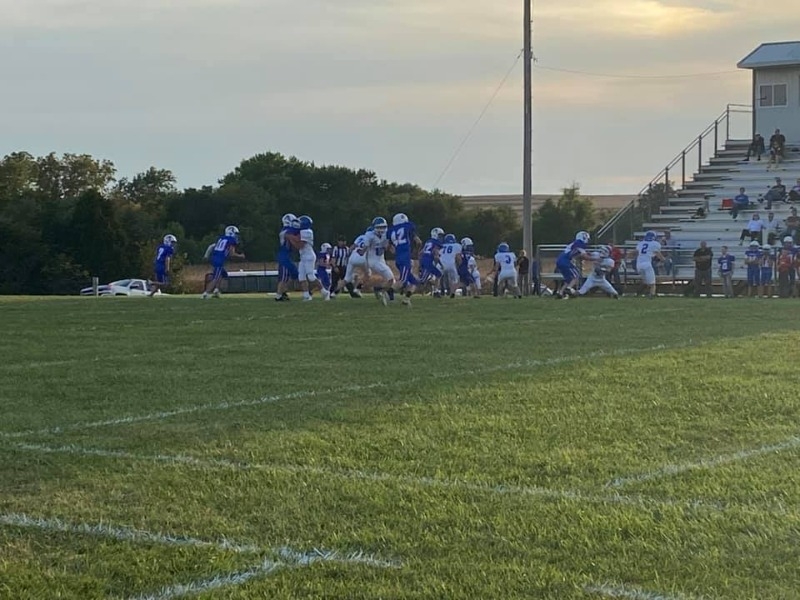 The offense set the tone early, producing a five-minute drive on its first possession. Although it faltered in the second quarter, the offense also came out firing after half, scoring thirty-four points total. Kaston Jasper (QB) and Sawyer Ashburn (WR) connected on a Tight End seam pass in the second half that saw Jasper place the ball perfectly over a defender while Ashburn leaped over said defender.

However, similar to the rest of the season thus far, the defense was the catalyst for the Trojans, allowing only fourteen points. Aiden Rather (DL), in his first action of the season after returning from injury, and Marcus McKittrick (DL) were animals in the middle, while Caden Rosenberger (LB) did a good job open-field tackling.

The Trojans’ 32-14 victory over the Eagles improves Troy’s record to 5-0. Their next game is at home against the Frankfort Wildcats on Oct. 14.