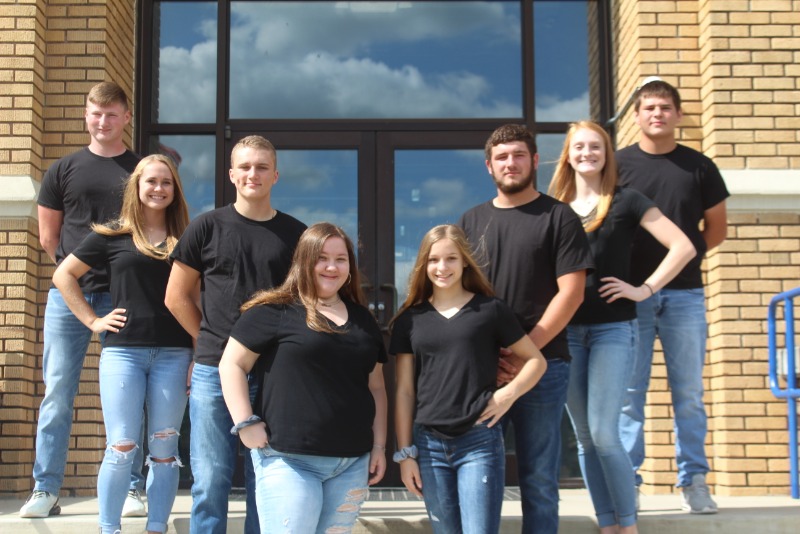 The Troy High School Homecoming week is based on the theme “Troy Story,” with students imitating such characters as Andy, Woody, and Buzz Lightyear. One day’s theme is “You’ve Got a Friend In Me,” which requires students to dress like a friend.

There are many Spirit Week activities planned. Troy High School will designate a hallway for each class to decorate.  Students will whitewash windows on Wednesday night after the Powder Puff flag football game, which begins at 6pm. The 4-H grounds will be the location of a community bonfire at 8:45pm on Thursday night.

To end the Spirit Week activities, the pep rally will begin at 2:45pm Friday in front of the court yard.  The rally will feature a candidates’ activity, cheers, and the pep band, all following a parade to Main Street from the school.  The public is encouraged to attend.  The floats to be featured at the Main Street parade and pep rally are centering around Toy Story.

The excitement comes to an end that evening with the crowning of the queen and king and the game itself, followed by the annual dance in the old gym.

Sidney Fleek is the daughter of Bill and Jill Fleek.  She has been active in volleyball, basketball, softball, cheer, track, peer mentors, National Honors Society, and T-Club. She has also served as class Vice-President. She plans on majoring in nursing or medicine at KU.

Morgan Masters is the daughter of Bill Masters and Bree Masters.  She has been active in volleyball, dance, track, T-Club, National Honors Society, and STUCO. She plans to attend Northwest Missouri State University to continue her track and field career while pursuing a degree in dental hygiene.

Taylor O’Connor is the daughter of Jason McNemee and Casey O’Connor.  She has been active in Scholar’s Bowl, T-Club, and band. She plans to attend Highland Community College for two years, and then move on to KU to complete a degree in Administrative Business. Her goal is to go into marketing and find an executive position.

Cassidy Rosenberger is the daughter of Branson and Terri Rosenberger. She has been active in volleyball, track, cheer, National Honors Society, FFA, and T-Club. She is undecided on which college she wants to attend, but she plans to pursue a degree in nursing.

Bryton Etherton is the son of Adam and Lesly Etherton.  He has been active in football, basketball, baseball, powerlifting, T-Club, and National Honors Society. He plans on going to KU to major in aerospace engineering.

Cale Hamilton is the son of Jan and Taryn Hamilton. He has been active in football, baseball, and basketball. His plans are to have a decent job so that he can have enough money to buy livestock and farm.

Joseph Parks is the son of Chris and Julie Parks. He has been active in football, baseball, cross country, track, T-Club, STUCO, Scholar’s Bowl, band, National Honors Society, peer mentors, and the musical. He plans to attend KU for two years of pre-pharmacy, and then to attend pharmacy school.

Tate Smith is the son of Mike and Carole Smith and DJ and Julie Werner. He has been active in football, basketball, baseball, and FFA. He plans on getting a job in the electrical field after finishing tech-school.